Kevin Adams was born in Llanelli and is one of three brothers, all of whom are in full-time Christian ministry. Having become a Christian at the age of 17, he went on to be theologically trained at Bangor University where he earned a B.D. in theology and then went on to research the 1904 Revival and 20th Century evangelism in Wales. He worked as Pastor for 18 years at Ammanford Evangelical Church.

The author of two books and a film on Welsh Revival History, his many interests include church history, art, collecting antique books, and failing miserably at golf.

While lecturing on the 1904 Revival, Kevin met and a year later married Gwenfair, a professor of church history at Gordon-Conwell Theological Seminary. 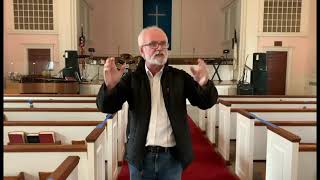 Hope for the church in Wales