George Verwer is the Founder and former International Director of Operation Mobilisation, which is a ministry of evangelism, discipleship training and church planting. George led Operation Mobilisation for over 40 years before stepping down in August 2003. George has a burning concern for vital, propagating and revolutionary Christianity in his own life and in those he meets.

Saved at the age of 16 in a Jack Wyrtzen meeting, in which Billy Graham spoke in Madison Square Garden, New York, George returned to his school in northern New Jersey. Within a year about 200 of his classmates had found a relationship with the living God through Jesus Christ. Shortly after his conversion he said to God, ‘Only one thing I want in life – I want to learn to pray, to love you, I want to know you and commune with you.’ He has not moved from that principle.

George had a growing conviction to share the Word of God on foreign soil. He started with distribution of Gospels of John in Mexico along with two friends. This continued with others during summer holidays – beginning in Mexico in 1957.

Attending Maryville College after high school, he transferred to Moody Bible Institute where he met a girl, Drena, who was a fellow student and later became his wife. They went to Spain where in 1961 the work of OM was born.

The goal, always the same, is to get to know God together in discipling young Christians while concurrently carrying out a rigorous programme of world evangelism.

Today OM reaches across the world through the ministry of their ship Logos Hope and over 6,100 people working in over 110 nations to make Christ known in the lives of all they meet. For many years George served as International Director of OM and helped raise up dedicated leadership to pursue this task across the world, freeing him to travel and speak, helping many find their role in extending the Kingdom of God.

George shares the Christian revolution of love and balance right around the world. He starts at home emphasizing the need to worship God, live in fellowship with one another by walking in the light, and live a disciplined life of victory as forgiven, repentant, Cross-centered Christians. George and his wife are now involved in Special Projects Ministries (still part of OM) full-time. They have three adult children; five grandchildren and six great-grandchildren and make their home in England. 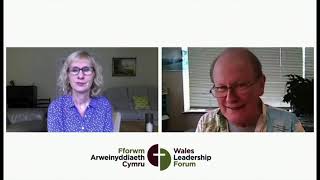 Hope for the world